West Field, Mountain View High School: The motto adopted by the MVHS student council for this school year is, “We’re making history!” The girls lacrosse team is making history because in the 41 years MVHS has been established girls lacrosse has never been played. The UHSAA sanctioned boys and girls lacrosse for the 2020 spring season. However, Covid-19 ended the seasons before any games could be played. In the past, MVHS has participated in a boys lacrosse club league but has never had a girls team. The lady Bruins took on the Alta Hawks on March 16, 2021, for the first game ever. The girls competed hard the entire game but eventually lost the contest. The Bruins were led by a lone score from first-year lacrosse player, senior Kaelynn Wilson. 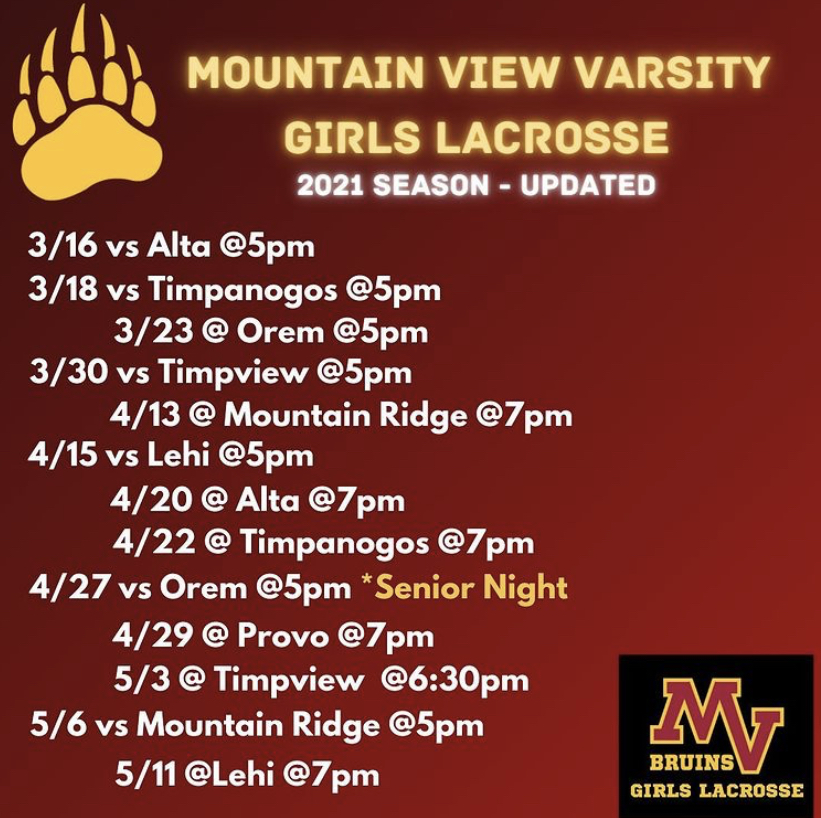 Head Coach Cole had this to say about this year’s team, “I believe that the purpose of lacrosse, the Medicine Game, is reflected in this new Mountain View Lacrosse team. We have girls from different backgrounds, experiences, and physical abilities, yet lacrosse is a place where they can learn and grow together. They learn and overcome hard things together. How different would the world be if we took the same lesson in our lives? Understanding that we are on the same “team” and need to work together in order to succeed together.” 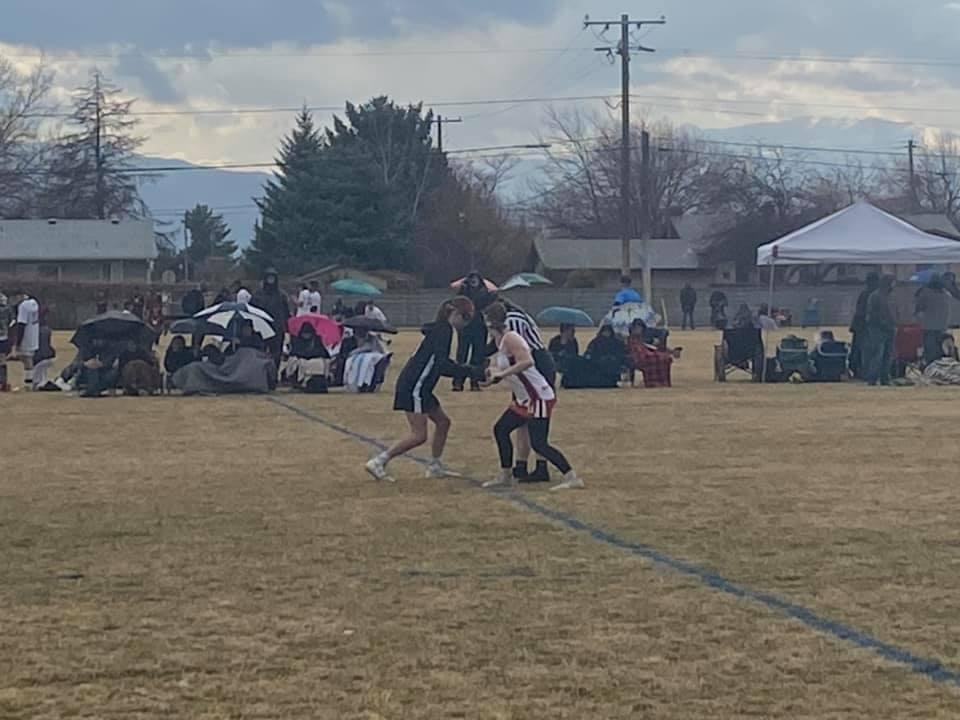 Coach Cole helps players understand the history of lacrosse and how to treat the game with respect. Before each home game, he shares the following quote with both teams as part of a pregame activity,  “Lacrosse originated with the Indigenous peoples of the northeast, the Iroquois (Haudenosaunee). It was given to them by the Creator to connect with the other creations and to heal the rifts between tribes and people. That is why it is called the Medicine Game. We acknowledge that this land we play on, which is named for the Ute Tribe, is the traditional and ancestral homeland of the Shoshone, Paiute, Goshute, and Ute Tribes. We recognize and respect the enduring relationship that exists between many Indigenous peoples and their traditional homelands. Though lacrosse was first given to the Haudenosaunee people, it is now played and enjoyed by many nations and people across the world. As we play, we give respect to the land we are on, the people we are with, and those who have gone before us, and recognize that we are all connected. Nia:wen/Thank you” 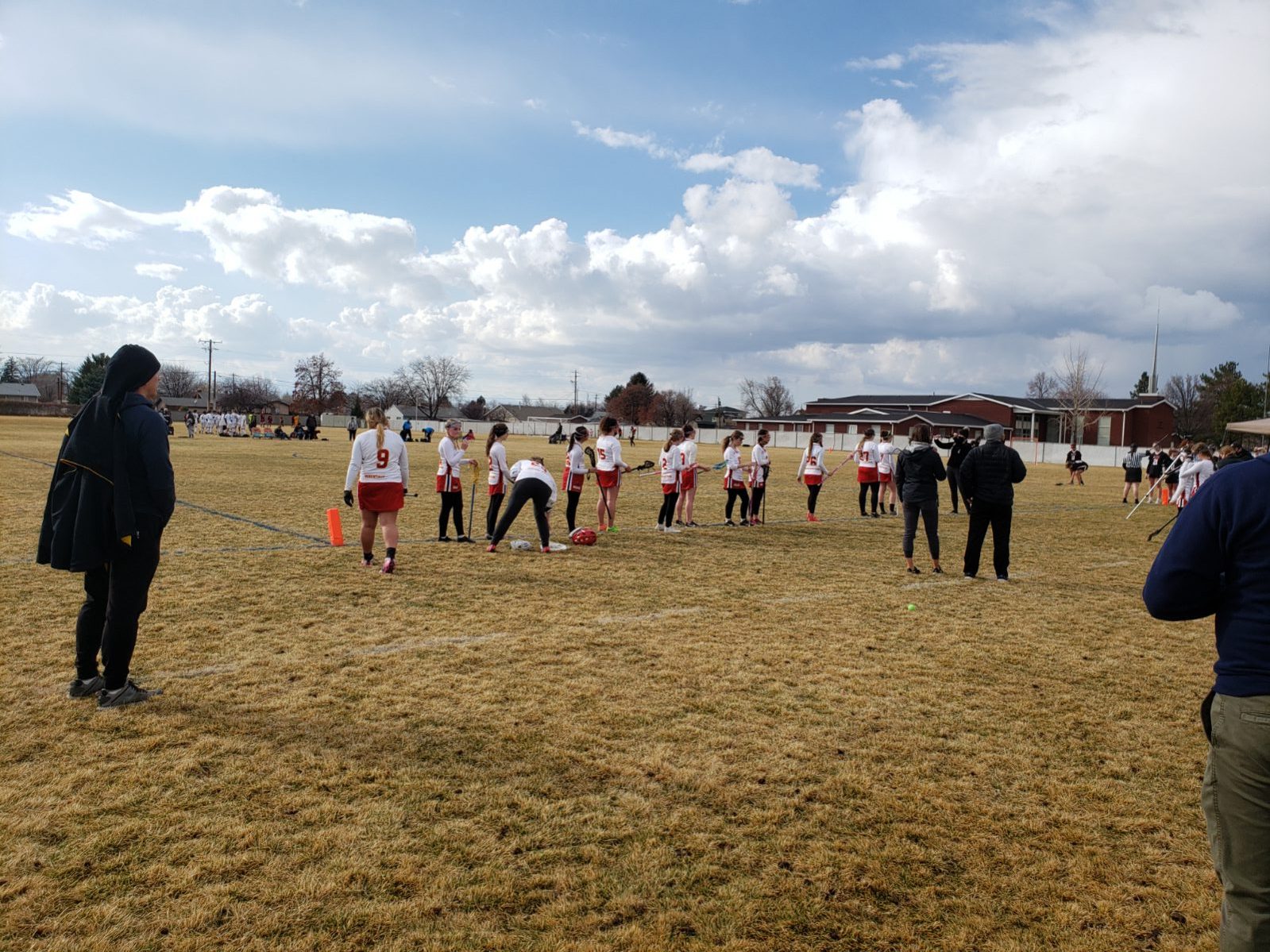 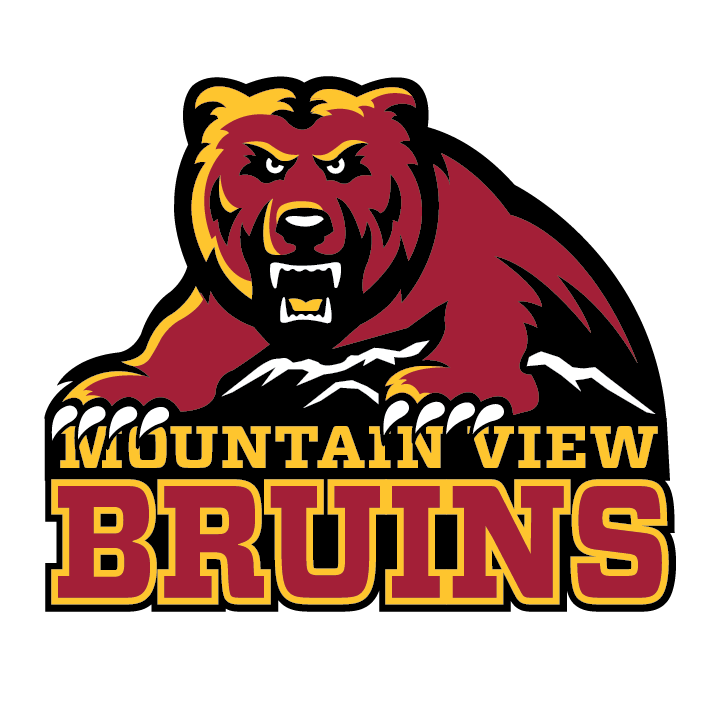