The Region 7 all-volleyball team is full of Mountain View Bruins. The Bruins finished the 2020 season with a record of 24-8 and advanced to the 5A championship match for the second consecutive season. Mountain View is also credited by MaxPreps with the toughest schedule among all 5A teams in the entire state.

The Bruins had a region record of 9-2 and earned a share of the Region-7 championship, Mountain View’s first region championship in at least 15 years. 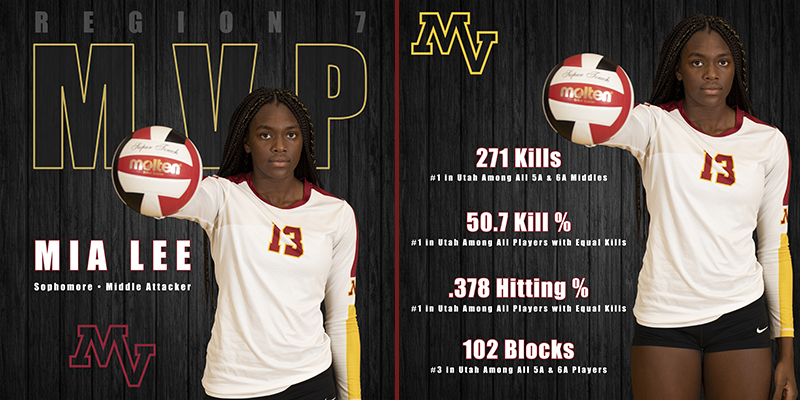 Lee was one of the most dynamic offensive players in Utah in 2020, finishing the season with 271 kills, which led all middle attackers in Utah. Her .378 hitting percentage and 50.7 kill percentage led all players in the state among players with as many hitting attempts. She also tallied 102 total blocks, good enough for third-most in Utah.

The sophomore libero was one of the top liberos in the state with a 2.1 passing average and 360 digs. Her 63 aces were second-most among all region players. 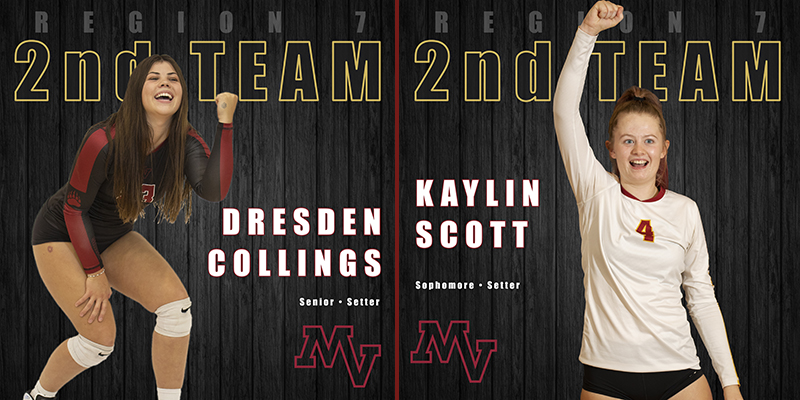 Lobendahn’s first year as a varsity starter resulted in 142 kills, a .126 hitting percentage, and a 32.4 percent kill percentage. Her 64 total blocks were third-most in the region among all non-middles.

White’s first season as an outside hitter saw her rack up 169 kills, a 34.1 percent kill percentage, and a .186 hitting percentage, which was fourth-best among all region non-middles. She was also a top-ten player in blocks.