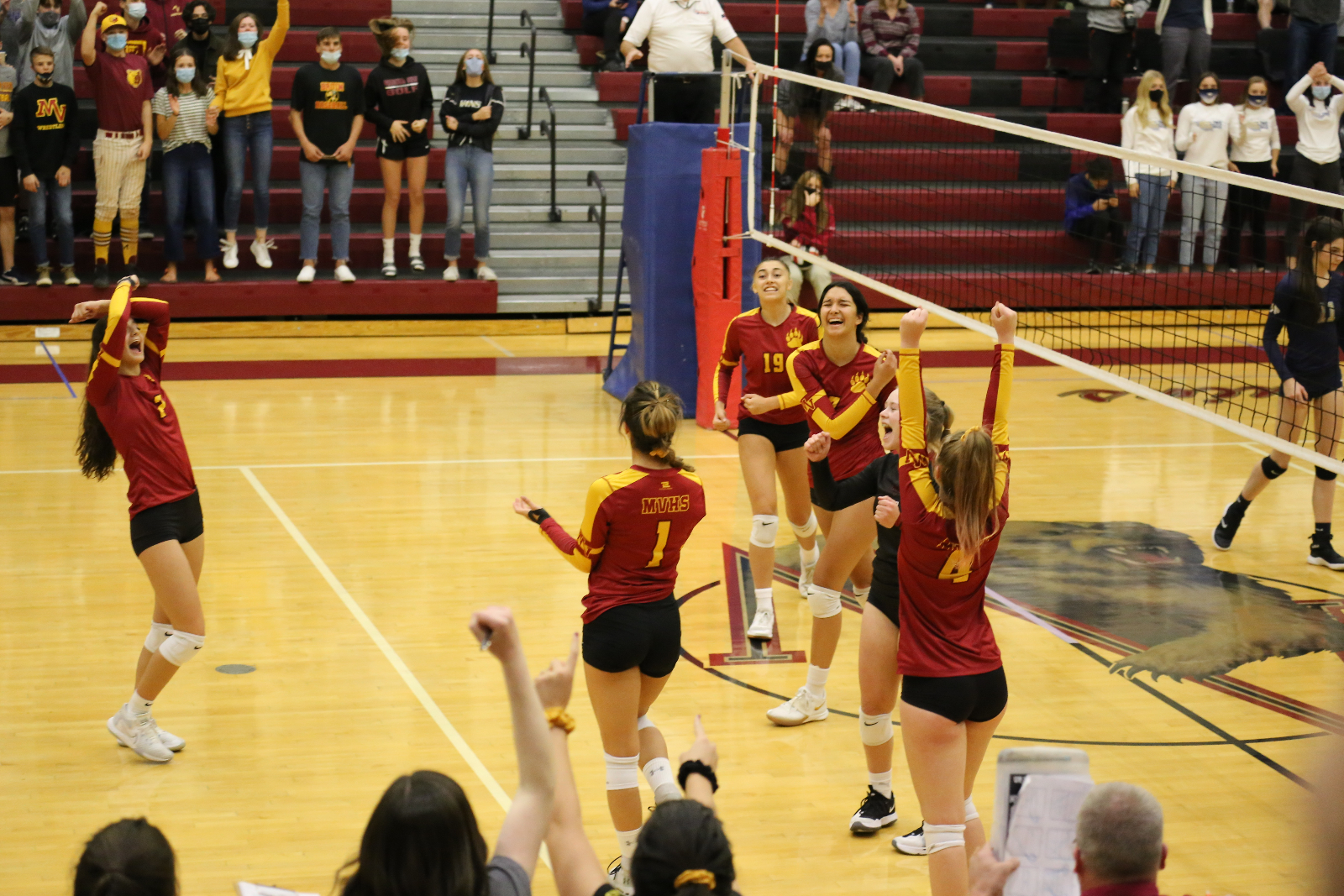 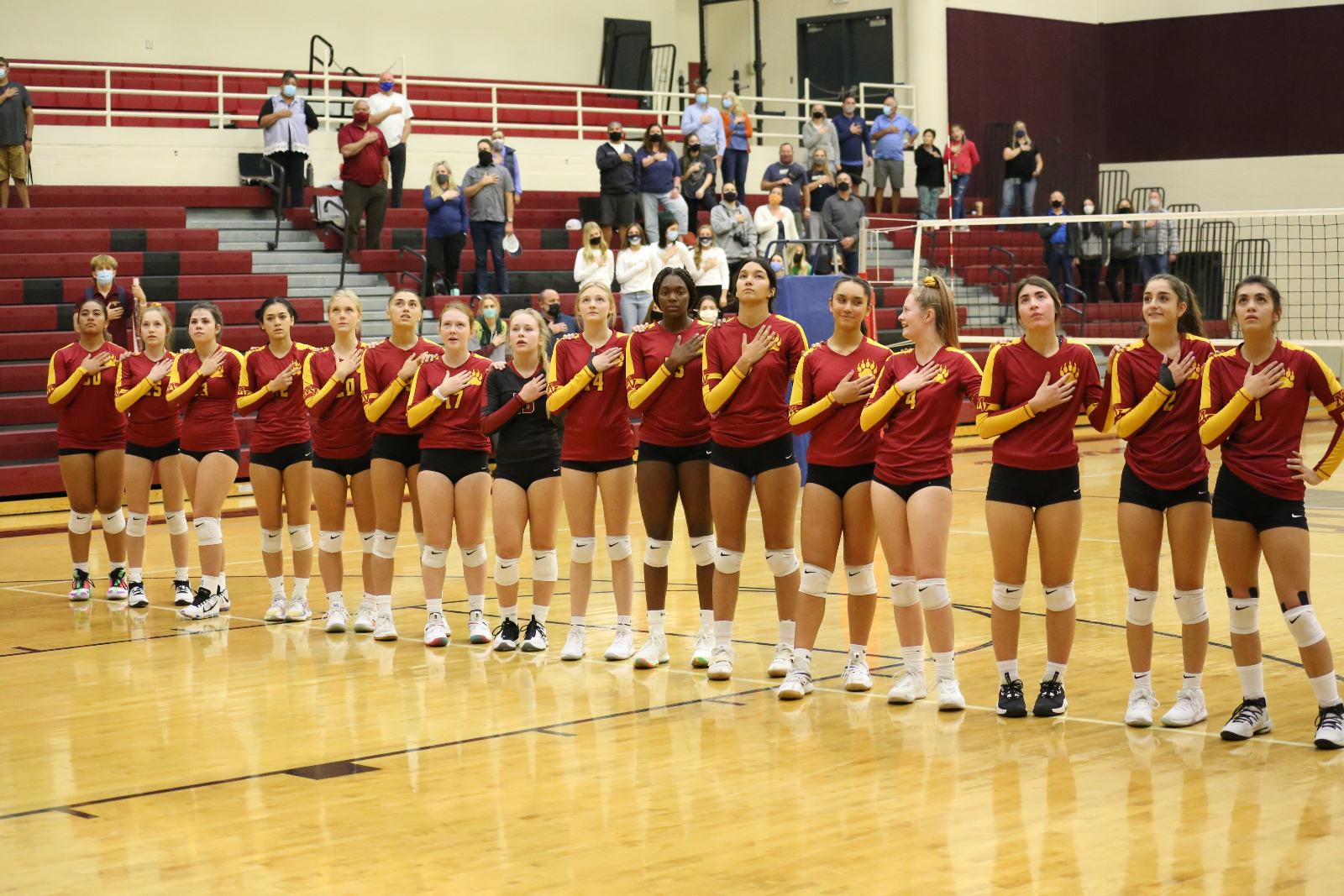 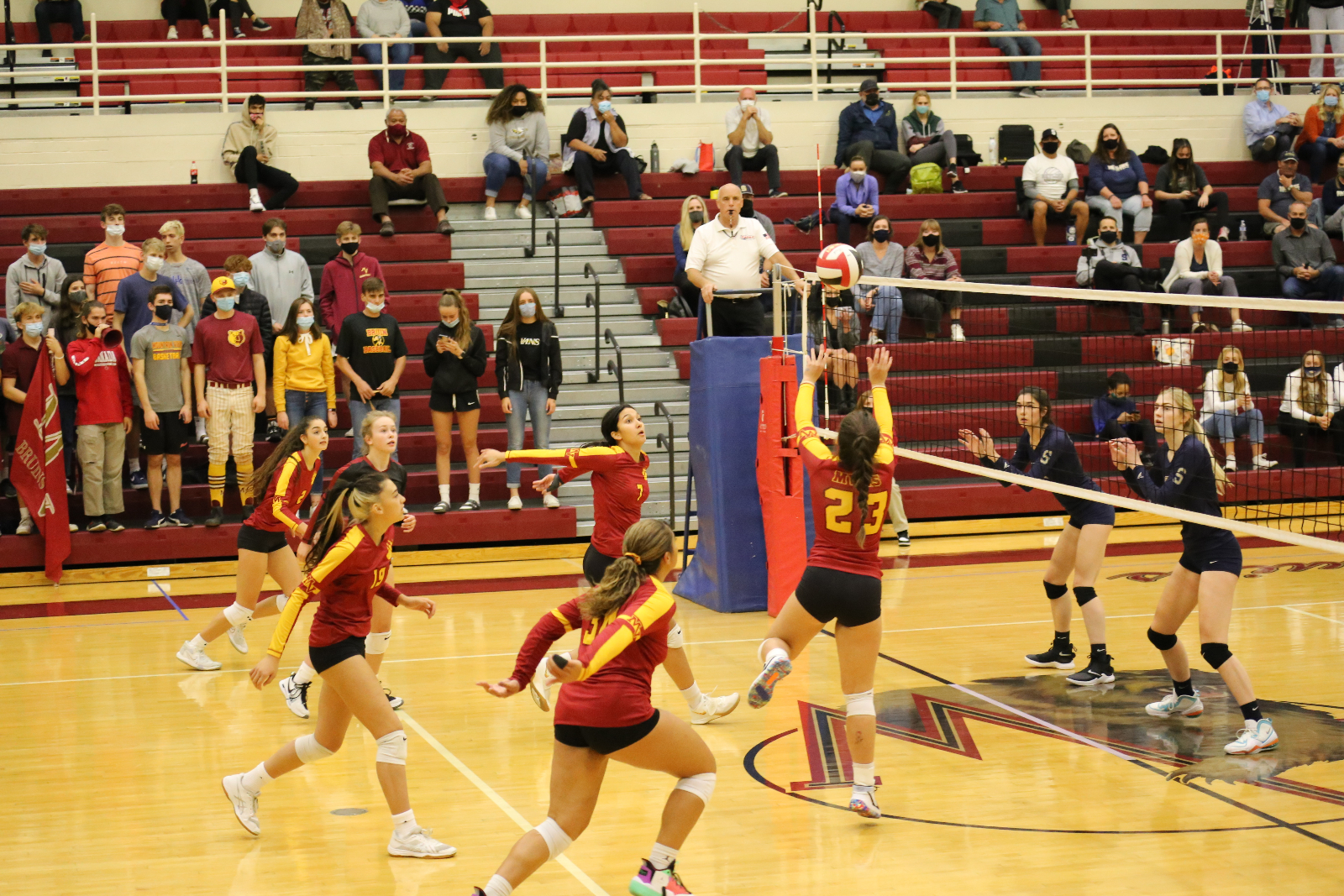 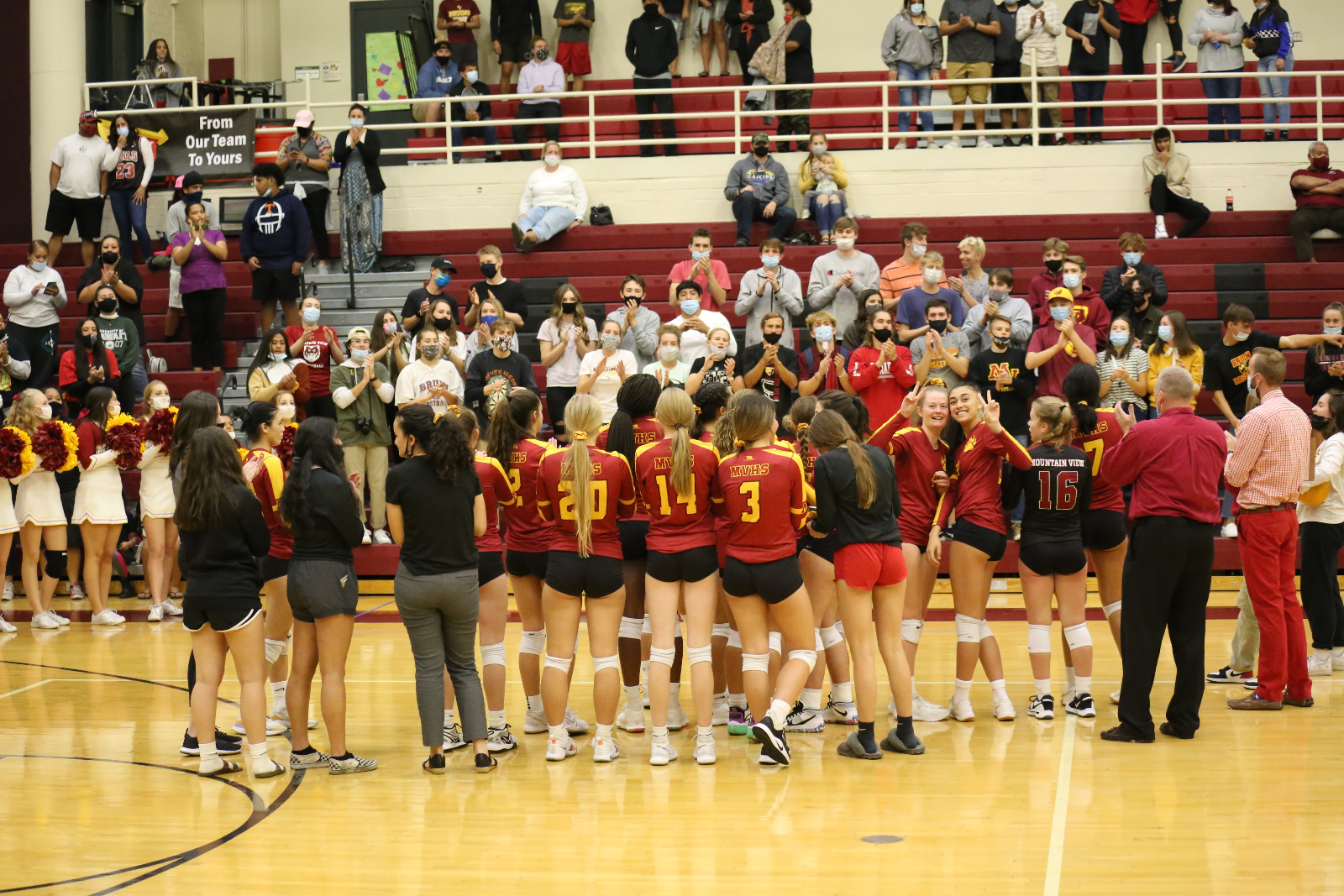 Lady Bruins did it! They advance to the Semi-Finals!!! They play tomorrow, 10:00 am, at Corner Canyon. pic.twitter.com/VdmSTaiFCf

Skyline started the match with an 8-2 lead and led for the entirety of the opening set. An Aaliyah Lobendahn kill brought the Bruins within four late, but the Eagles ultimately took the first set, 25-20.

In a back and forth set, two late kills by Lucy Perez allowed Mountain View to pull away late as the Bruins won the second set by a five-point margin.

Coming off of a big set two victory, the Bruins jumped out to a five-point lead to begin set three. After trailing 20-10, Skyline came roaring back to get within six of Mountain View. The Bruins, however, prevailed for a 25-18 set three victory.

Leading 17-14 in the fourth set, Mountain View was on pace to win their third set and take the match. Skyline responded with five unanswered points to take the 19-17 advantage. Thanks to three late aces from Brielle Miller, the Bruins hung on and won the fourth set by two points, 25-23.

Mountain View now advances to the semifinals for the second consecutive season and will face 6 seeded Park City at 10 a.m. MST at Corner Canyon High School tomorrow, Friday, Nov. 6th. The winner of tomorrow’s semifinal match will face No. 1 Bountiful/No. 4 Timpview in Saturday’s championship match. Tickets can be purchased for $10 in the finance office before school on Friday. The game will be livestreamed on KSL.com.

Click here for the full UHSAA 5A volleyball bracket