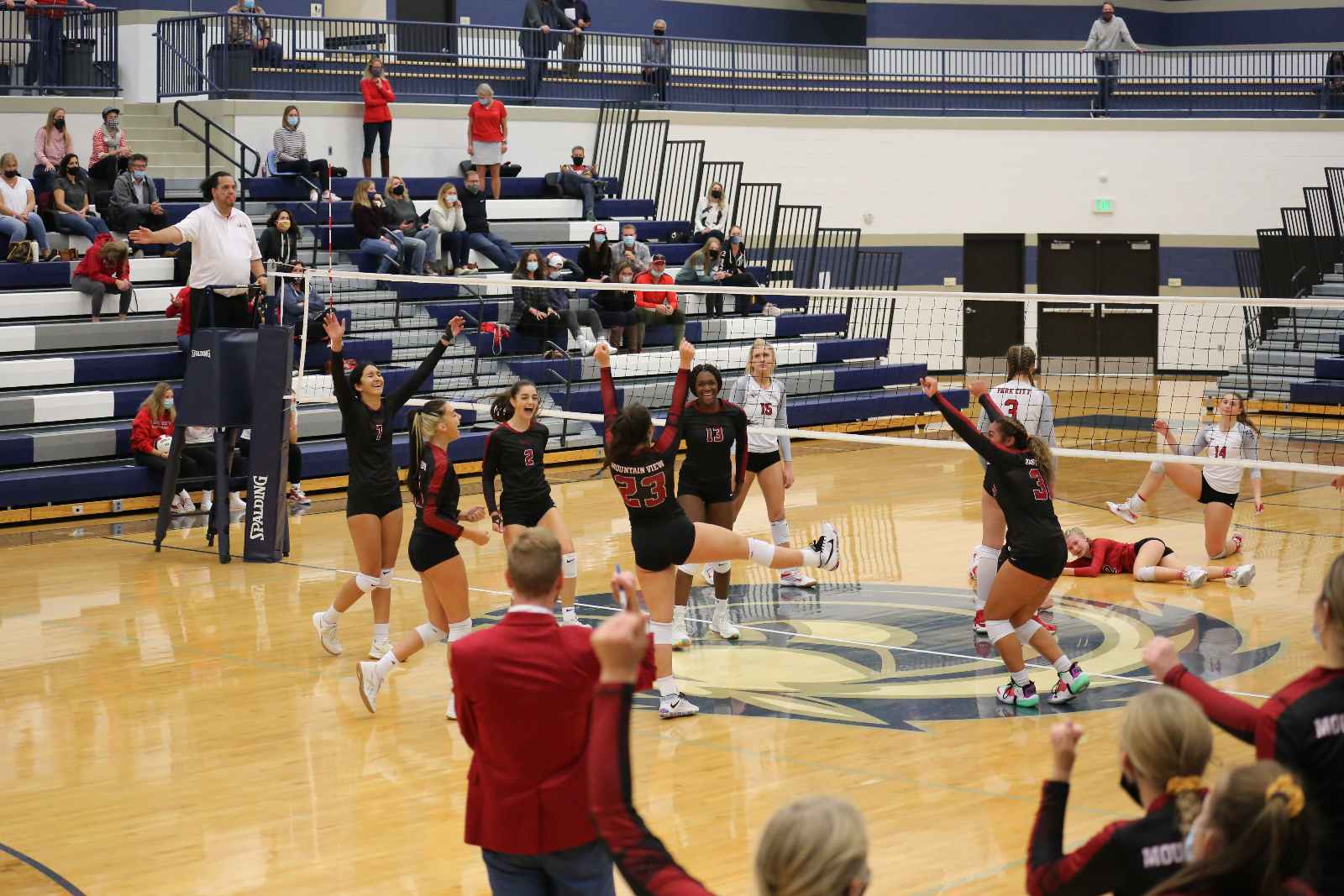 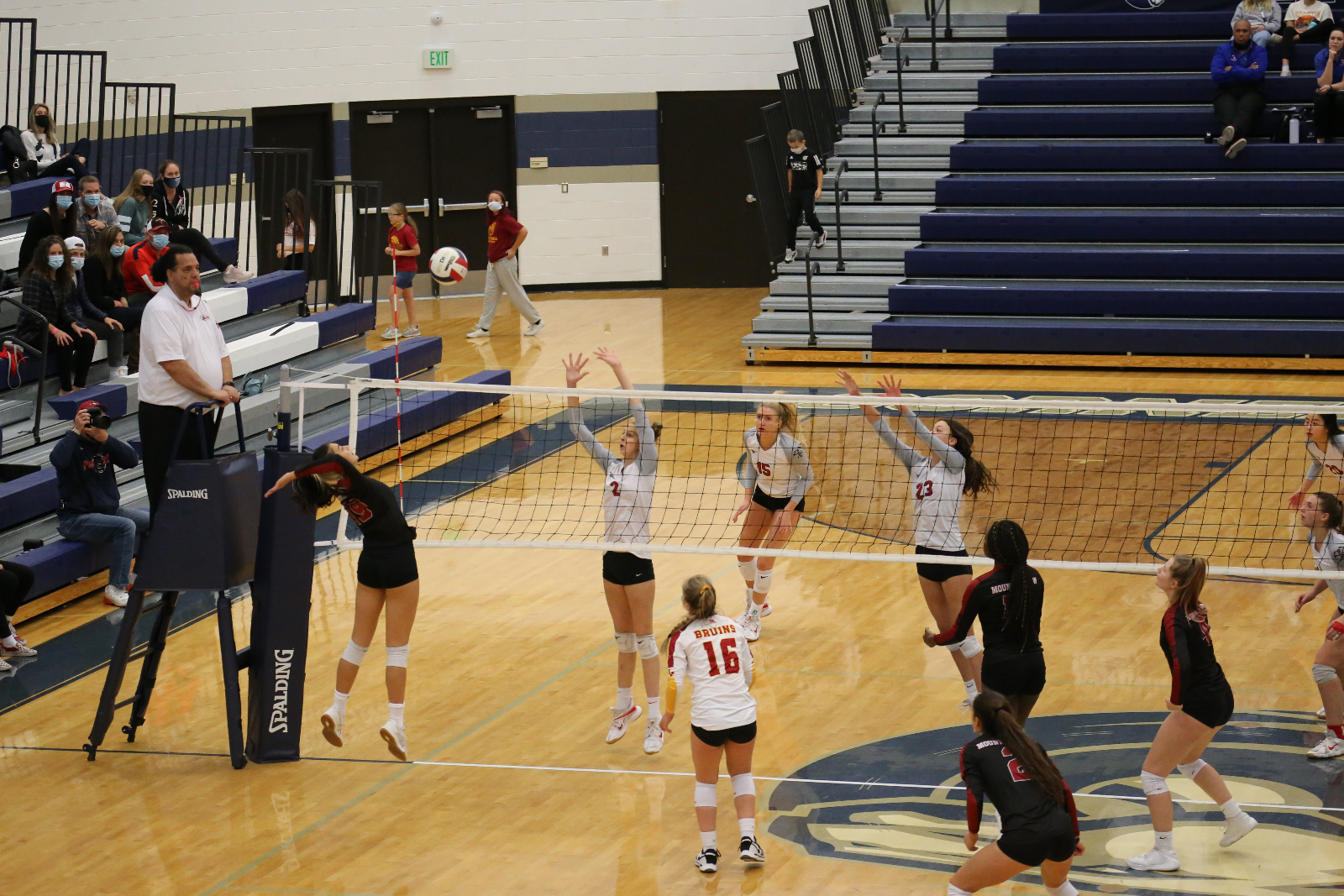 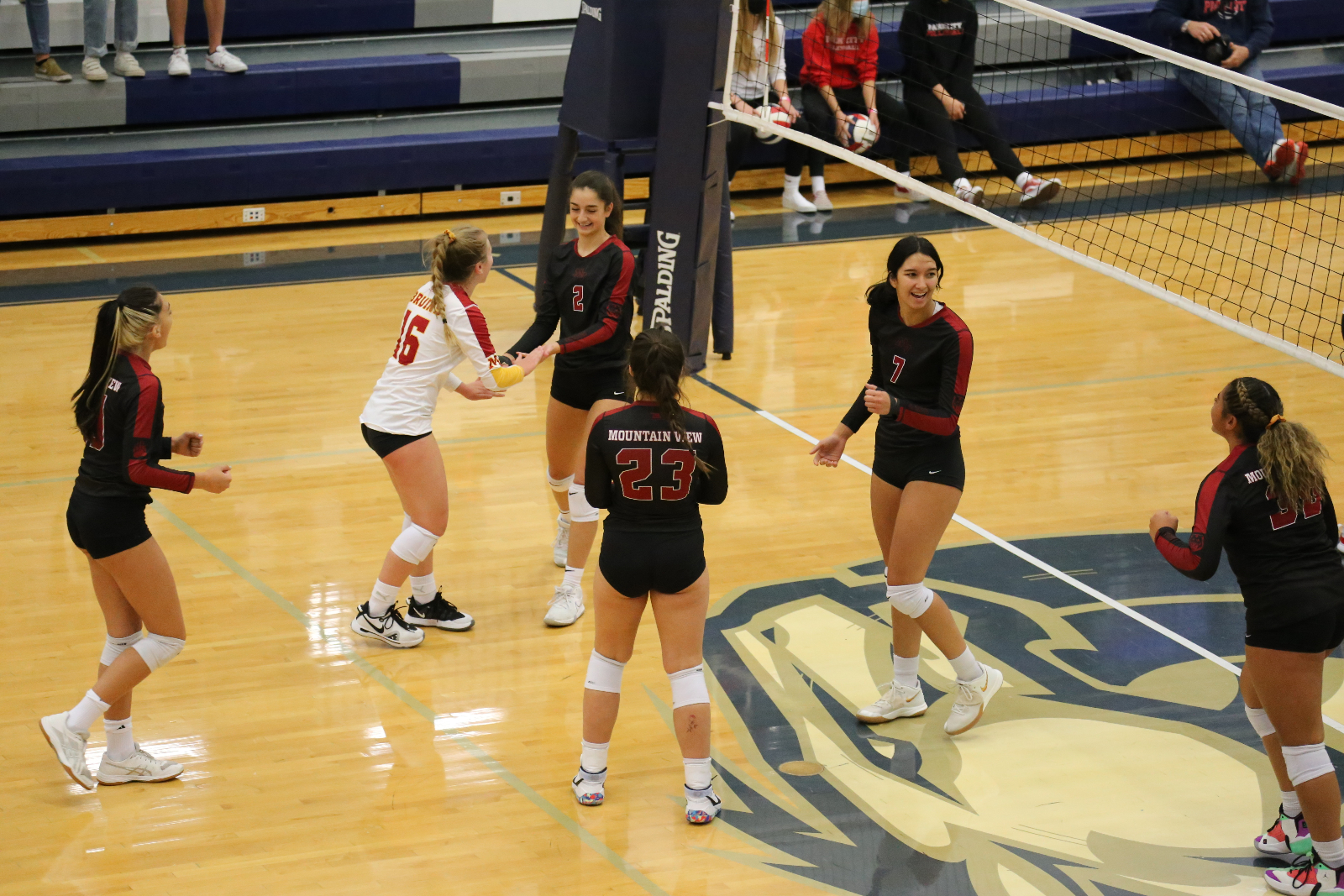 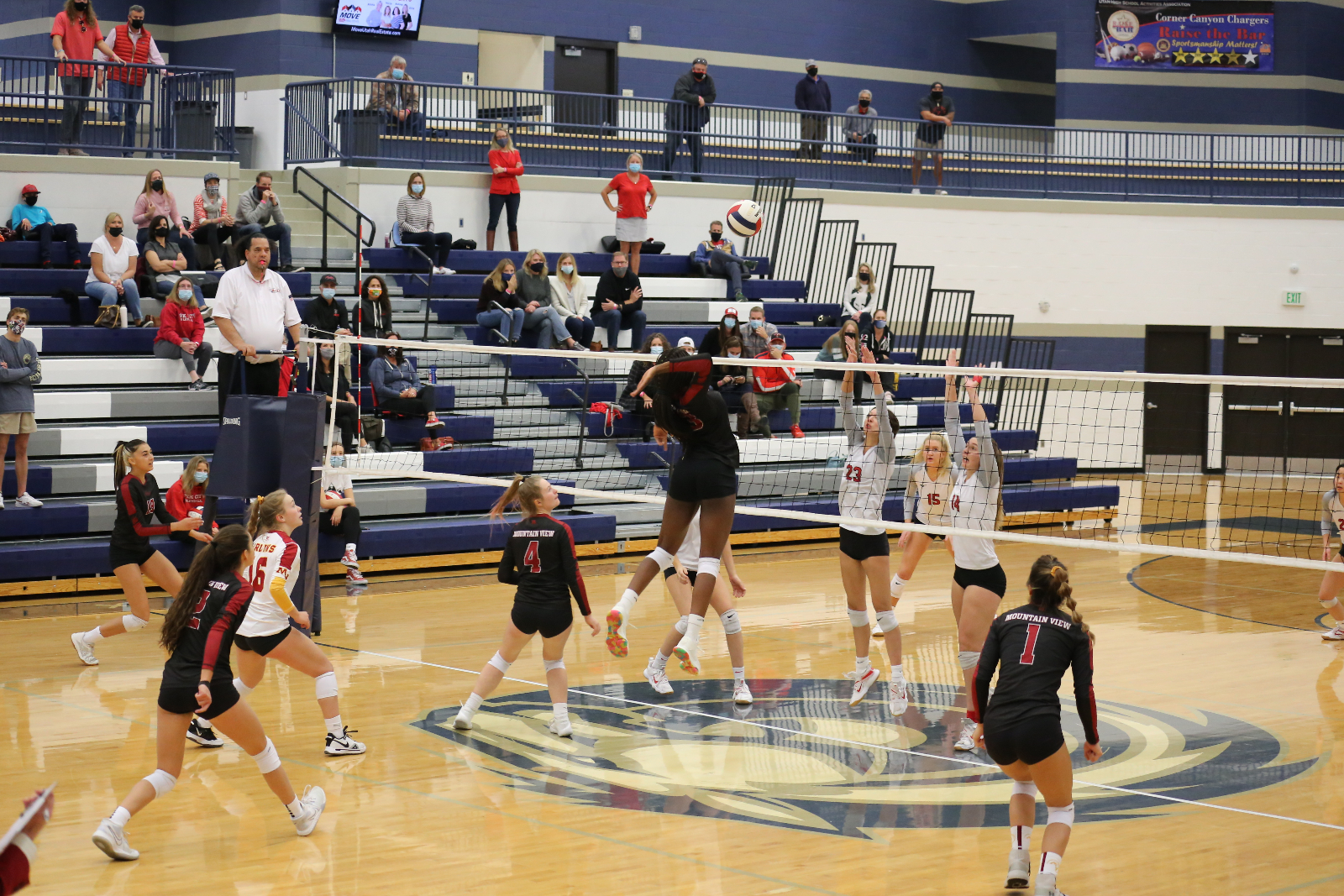 “The last three weeks we have been playing so well,” Mountain View head coach Dave Neeley told the Daily Herald. “I’m super-excited [for the championship]. If we play like we’ve been playing, it won’t matter who we are playing [tomorrow].”

In an opening set that Mountain View looked poised to win, the Miners fought back to take a tightly contested first set after pulling away late and winning 30-28.

Trailing 5-10 in set two, Julia Cavalcanti recorded five aces as part of an 11-0 run that gave the Bruins a 16-10 lead. With the momentum now shifted to its own side, Mountain View cruised to a 25-20 second set victory.

The Bruins had 15 kills (including five from Mia Lee) and finished the set on an 8-3 run, winning it 25-19 after a kill from Julia Cavalcanti.

Mountain View pulled away late for the second consecutive set, closing out the set on a 9-3 run, winning it 25-18 and taking the match.

Bruins are bound for the championship game. 3-1 over Park City. 2:00 pm tomorrow the can complete their title defense. Great job ladies. pic.twitter.com/86Tlx8MWly

The Bruins will look to defend their title from last season as they take on No. 4 seed and Region 7 foe Timpview at 2 p.m. MST on Saturday, Nov. 7 at Hillcrest High School. The game will be livestreamed on KSL.com. The teams split matches in the regular season, with Mountain View winning the most recent contest on Oct. 26. 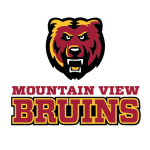