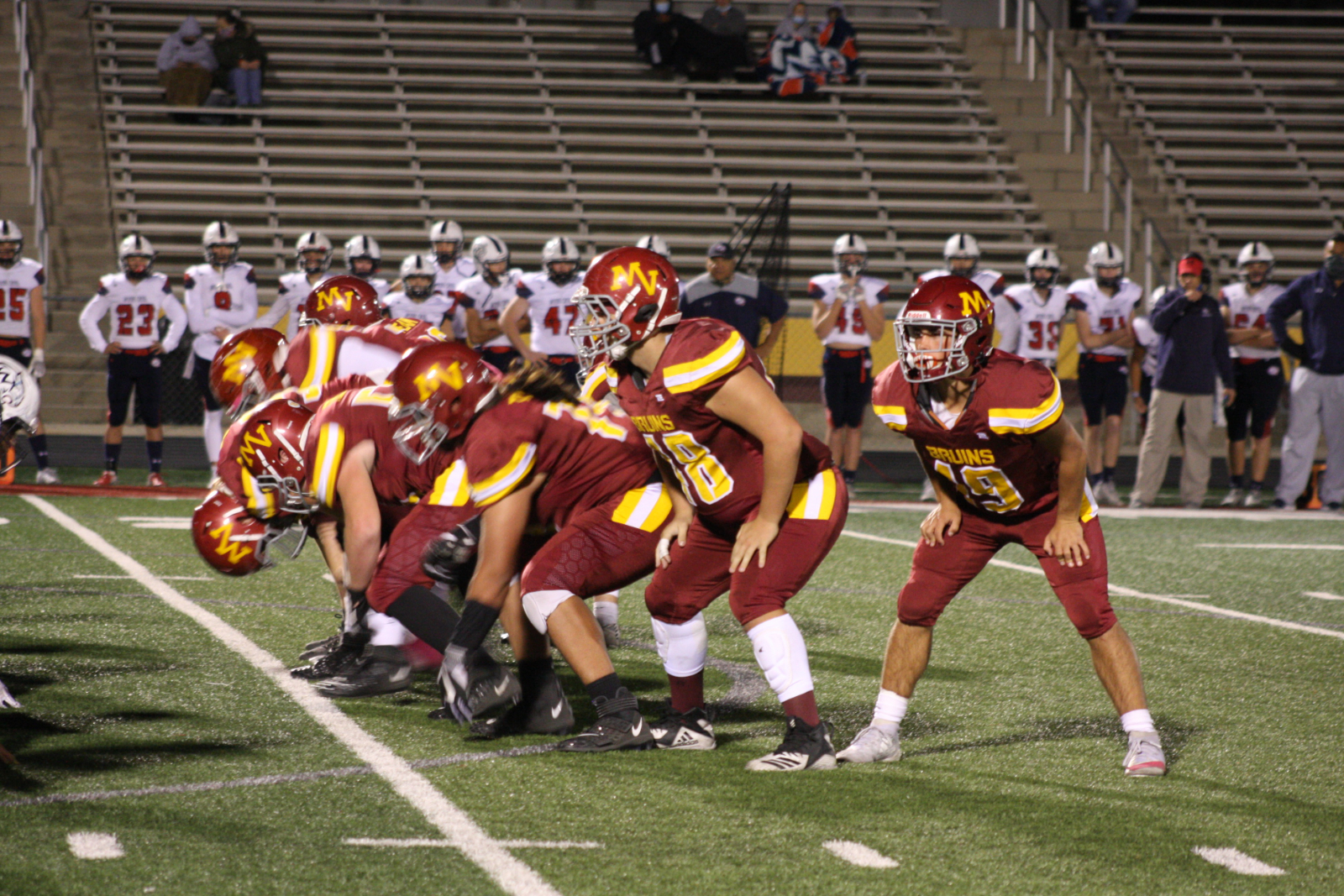 Mountain View (5-3, 3-1 Region 10) got down by 14 after two quick scores by Woods Cross (2-8, 1-4 Region 5) in the first quarter. The Bruins were unable to overcome five second-half turnovers as they fell on Senior Night.

Thirty-four Mountain View seniors were honored pregame. “Our great senior class has done a lot for Mountain View and the football program,” said Mountain View head coach Tyler Anderson post-game. “It’s too bad we couldn’t get the win, but we’ve got the playoffs; so we’ve got to bounce back and get ready.”

The Bruins totaled 337 yards of offense. Quarterback Jackson McCarty went 30 of 46 for 332 yards and one touchdown. McCarty also threw 4 interceptions, including three in the second half.

Kaden Kunz led the way for the Bruins on the ground, running for 31 yards on 12 carries.

After a turnover on downs on Mountain View’s first drive of the game, Woods Cross got on the scoreboard first with a 4-yard touchdown run from DeShaud Seymour.

On the ensuing kickoff, the Bruins gave the ball right back to Woods Cross on a fumble at the Bruin 35-yard line. The visitors capitalized off the turnover as Griffin Hess found the end zone on a 1-yard run.

Mountain View answered with a score of their own on the next drive when Blackwell caught at 43-yard touchdown from McCarty. On their next offensive possession, the Bruins turned the ball over again and were unable to convert on fourth down, squandering a fumble recovered by safety Aaron Hyatt on the Woods Cross 32-yard line.

One drive later, kicker Ivan Cueva hit his longest field goal of the season from 37-yards out to bring the Bruins within four, 10-14. Mountain View ended the half with a red-zone turnover when McCarty threw an interception into the end zone, preventing the Bruins from scoring before the break.

Liam Hone recovered a Woods Cross fumble to start the half for the Bruin defense. Mountain View gave the ball right back, however, as Hone was unable to convert a fourth down near midfield and fumbled the ball back to the Wildcats.

Woods Cross made a 23-yard field goal after the turnover, giving the Wildcats a 7-point lead, 17-10.

After two more Bruin turnovers, Woods Cross scored on another field goal and went up by two scores with 8:28 left in the game.

A fumble recovery by Justin Cichoski on the next Woods Cross possession gave Mountain View some new life. But on each of the next two drives, the Bruins gave the ball away on interceptions and were ultimately unable to score as they fell 20-10 to 5A Woods Cross.

Official RPI and tournament information will be released on Sat. Oct. 17 at 9 a.m. MDT.