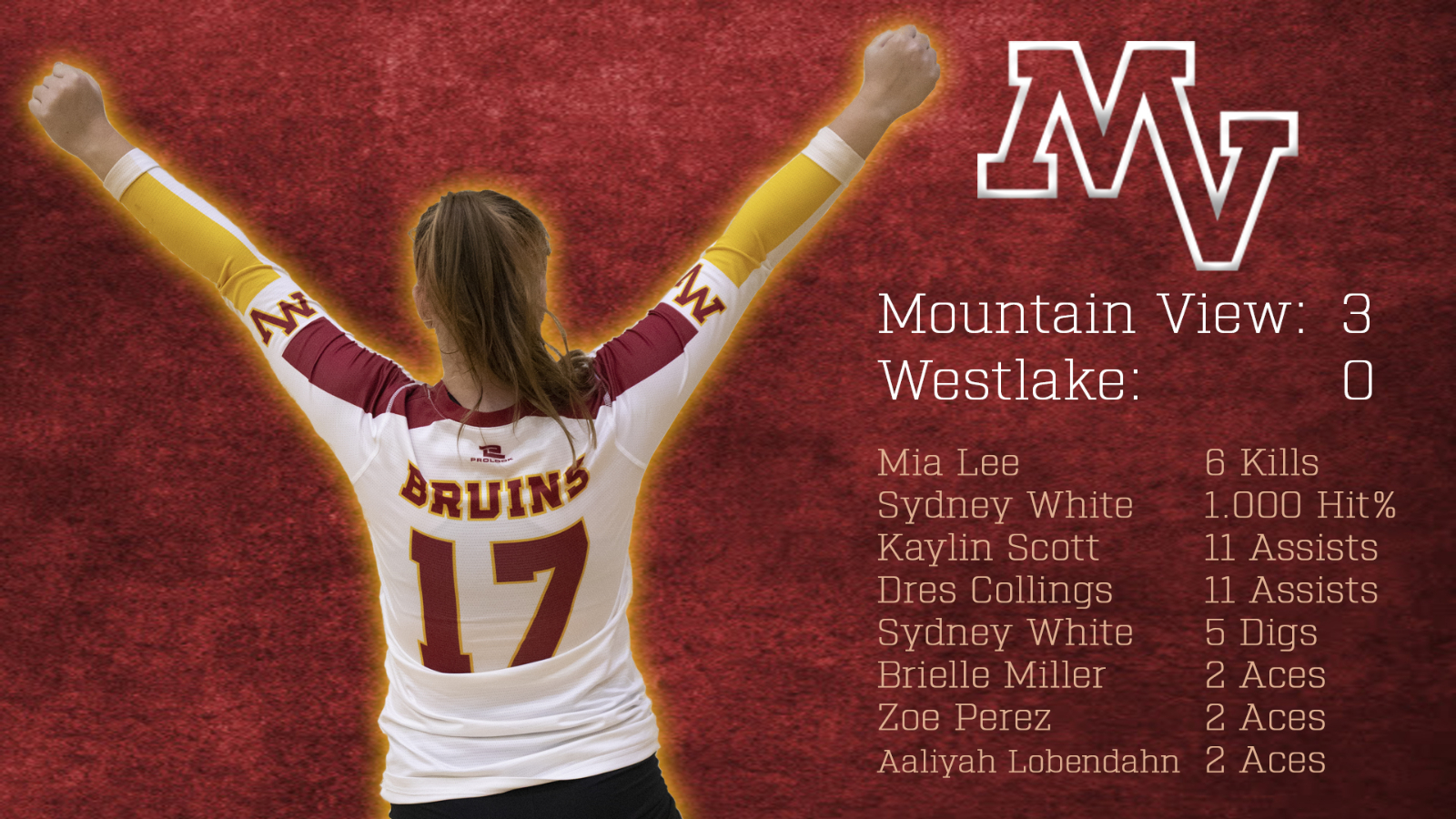 The Bruins offense, led by setters Dres Collings and Kaylin Scott, was clicking all match long. Both setters picked up 11 assists. As a team, Mountain View had 26 kills compared to only 5 hitting errors, and combined to hit a season-high .368 hitting percentage. Middle attacker Mia Lee led the way with six kills, while senior outside hitters Allyah Tokelau and Zoe Perez tallied five and four kills, respectively.

PLAY OF THE GAME – AMAZING KICK SAVE BY JULIA CAVALCANTI

One of the strongest components of the Bruins squad continues to be its serving. Mountain View served its way to nice more aces as Perez, Brielle Miller, and Aaliyah Lobendahn collected two each.

The Bruins next play on Friday and Saturday at the Bingham Claim Jumper Tournament in North Salt Lake.