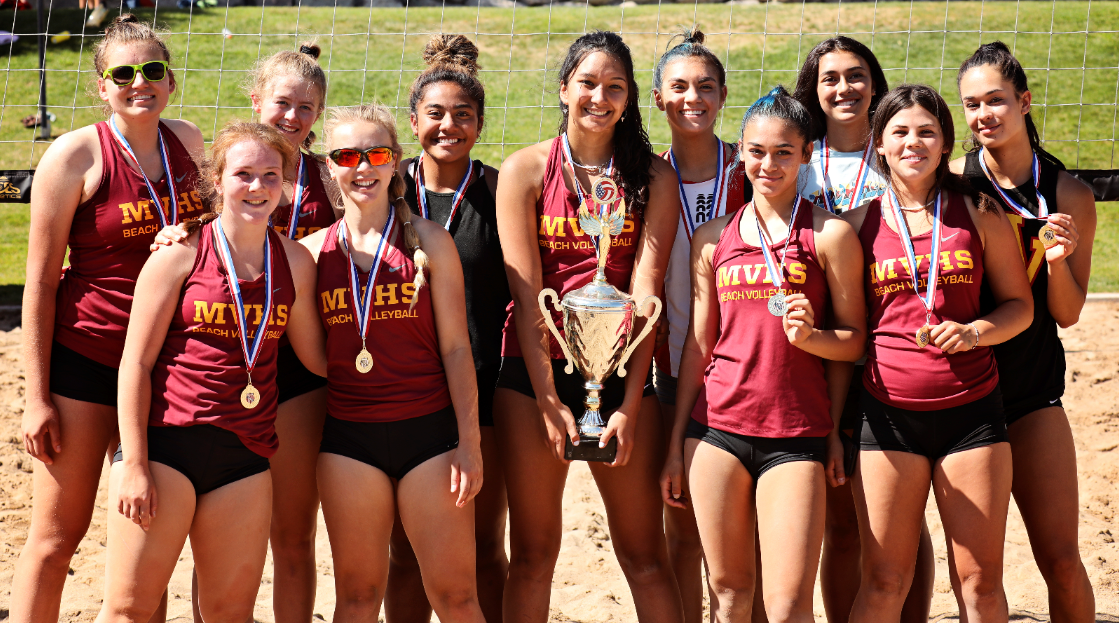 Earlier in the day, the Bruins took care of business in the state semi-final match by beating the Skyridge Falcons 4 wins to 1 to advance to the championship.

In the championship match, Mountain View earned sweep victories on court 2 and court 5. That put all eyes on court 3, where Miller and Cavalcanti clinched the team title with a dominant win in the third set.

“Watching my teammates go out and give their all was amazing to see,” recalls Lobendahn, a junior at Mountain View preparing for her senior year. “My favorite part was hearing all the girls cheer each other on. It was inspiring and it shows how much we all love each other.”

Mountain View’s indoor season begins on August 13th with a home match against American Fork at 6:00 pm at Mountain View High School. The Bruins enter the 2020 indoor campaign as defending 5A state champions.